“A Journey of a thousand miles begins with a single step”
– Lao Tzu, Chinese Philosopher (604BC – 531BC) 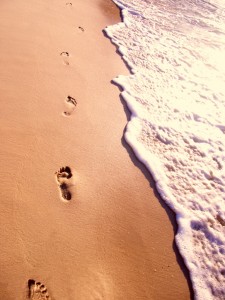 With Violence Against Women being a huge global pandemic that is present in virtually every society and culture that values men over women, boys over girls, it can be overwhelming for anyone who wants to help.

From the understaffed and underfunded nonprofit struggling to help as many women and girls as possible, to the seasoned activist campaigning nonstop, working to stop and eventually end violence against women is both exhausting and frustrating. It can also be emotionally draining and, for some activists who work in the field, it can be mortally dangerous. Many have lost their lives in the course of their work as they face up to organised crime and brutal social mores to stop sex trafficking, prostitution, forced marriage, dowry murder and more.

For the newcomer who wants to join the cause because s/he has decided to do something about it, the immense scope and brutality of the issue can be more than overwhelming – it can paralyse taking action. Often, the question that pops into one’s head is: “Where do I start? Where can I start?” And all too often, the feeling of helplessness takes root and the potential activist or volunteer ends up not taking any action as this fatalistic thought reverberates around his or her mind: “What’s the point of helping anyway? What good can my efforts do to stop violence against women?”

The fight to end violence against women does not solely belong to global behemoths such as the United Nations agencies, Amnesty International or Doctors Without Borders. Yes, they are huge organisations with the financial resources, skills and specialists who are able to mobilise thousands of people or to wade into the worst of the atrocities with the right equipment. However, the key to the massive change that is needed always starts and belongs with the grassroots.

In plain English: It starts with YOU.

This is how The Pixel Project started: We were born from an idea in a shower. We do not have any funding – we run mainly on donated materials, products, services and skills. We do not run campaigns that call for paid fundraisers or masses of advertising. None of our people are paid a single cent/penny.

What we do have as a team and an organisation is an absolute shared belief that if we pool our individual efforts and pull our own weight, we can start making a change from wherever we are in the world. It doesn’t matter how large or small each volunteer’s contribution to our campaigns are – what matters is that each volunteer has stepped up to do something.

We are here to tell you that you can do something too and that whatever you do COUNTS. 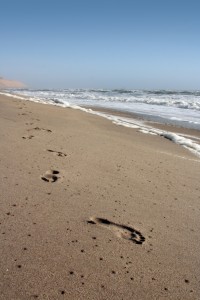 To help you get started, and in honour of the 16 Days of Activism against Gender Violence, here are 16 Quick Ideas for newcomers to take action for the cause to end violence against women:

Idea 4: Get volunteering. Are you able to spare a couple of hours or more each week? Consider giving your local battered women’s shelter or rape crisis centre a hand. If you have less time or have unpredictable hours due to work, you can try virtual volunteering or seasonal volunteering during holidays.

Idea 5: Sign a petition. The next time you hear about a petition to stop a woman from being stoned or to protest against a gender violence atrocity such as wartime rape, step up to sign it.

Idea 6: Write a letter. If you see a movie, a magazine, a song or any other high-profile pop culture item that trivialises violence against women, write a letter to the producer/the editor/the artiste/the director to protest and tell them why you are protesting. Remember: Keep it civil – abrasive and foul language never got anyone anywhere.

Idea 7: Set a good example. If you have children and young people in your life, start setting a good example by opting for non-violent solutions when resolving interpersonal problems. Show them that it is possible to both respect and disagree with another person without resorting to sexism, degradation or violence.

Idea 8: Listen. If you know someone who is facing gender-based violence in her life such as domestic abuse, female genital mutilation, forced marriage etc, start by being a good listener for them. Don’t judge – just listen. Victims frequently feel isolated and helpless and having someone listen to them is the first step towards getting help for themselves.

Idea 9: Be an upstander. If you see a woman or girl being attacked in any way, step in to help. It could be dialling 911 immediately if the situation is too dangerous. It could be stepping in to stand up to the perpetrator to get them to back down and stop the abuse. Whatever you do – do not walk away. It may cost someone her life. 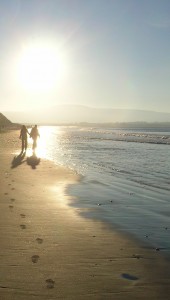 Idea 10: Mark your calender (and take action). Whenever occasions such as International Women’s Day, Domestic Violence Awareness Month or International Day of Elimination of Violence Against Women happens, find a campaign that is happening online or near you and participate!

Idea 11: Give what you can. Find a reputable local or global nonprofit working to end violence against women and make a small donation – even just US$5 or US$10 helps. Every single penny/cent counts and the best nonprofits make every penny stretch.

Idea 12: Hobbies that help. Good at knitting? Fabulous at baking? Consider starting a small fundraiser or awareness-raising effort involving your local community with the proceeds donated to your local battered women’s shelter or rape crisis centre.

Idea 13: Gift ideas. If you are getting married or celebrating your birthday, ditch the gifts. Instead, ask your friends and family to donate their money or volunteer time to your choice of nonprofit organisation working to end violence against women.

Idea 14: Forward it on. If you have received a call-to-action for any campaign to stop violence against women via email, don’t delete it. Forward it on to 5 or 10 of your friends whom you know would be interested or open to learning about the issue.

Idea 15: Wear it well. Wear the purple, white or purple-and-white ribbons that are associated with the cause to end violence against women. More often than not, seeing the ribbon would spark conversation, giving you an opening to help raise awareness about the issue.

Idea 16: Nip it in the bud. If you are witness or any conversation or interaction that trivialises, reinforces or urges violence against women, step up and speak up. Don’t remain silent because it is not okay to denigrate women and to trivialise violence.

These are just 16 out of hundreds of actions you can do to help end violence against women in your community and ultimately the world. We hope that it is enough to inspire you to take that first step towards helping the cause!

It truly is time to end violence against women. Together.